This article first appeared in the Dec 2020 edition of Sweep Stuff magazine.

Ignorance most certainly isn’t bliss! Not for us as sweeps and definitely not for our customers who trust us to carry out our duties competently and leave them with a safe working chimney. At this point you’ll be wondering what’s got me all hot and bothered, well I’ll tell you, it’s cameras, or the lack of ’em more to the point. What was once the preserve of the rich, or of those who could cobble a load of parts together from Maplins, a CCTV system is now extremely affordable and should be an essential part of kit for every sweep.

A few weeks ago, I found myself at a domestic biomass boiler with a twin wall flue connecting to a flexi liner. The owner had already had a visit from two other sweeps. A less than ideal connection between the two parts had caught them unaware and was catching their rods and stopping them in their tracks. Neither of them had a cheap look-see camera to see what the problem was and get round it. The customer had begun to despair, losing faith in the professionals he was engaging. For the sake of a £130 camera (which is what I used) they could have diagnosed the issue and get round the problem… relatively easily really, and all because I could see what I was doing. This story really doesn’t highlight the gravity of what could go wrong…

But, what about bird nests? – would anyone reading consider attempting a bird nest removal and then not check the chimney for any remnants of bird nest material with a camera?! I would really hope not. I have on a few occasions punched through the centre of a nest with my power sweeping gear and got my whip head out the top, brought my rods down, sent the camera up and realise I’ve not got the rest of the material out. What if after leaving, the now destabilised nest decided to move and re-block the hole when a fire was lit, sending fumes into the property? It could all go wrong very quickly, even if it was nothing more than a call back, it’s time consuming, embarrassing and potentially bad for business when your customer believes you’ve only done half a job!

If you need a camera then eBay could see you right. The infamous Eyoyo ‘fishing cam’ is an inexpensive self-contained camera and battery powered screen, for the price, a fantastic little bit of kit. If you wanted something a little more rugged there are a few chimney specific offerings, such as the cameras from Advance Chimney Cameras, Rodtech, Rodstation or Rotary Power Sweeping. Should you be wanting a more feature filled camera, then the twin eye from AMAC or a pan and tilt from Wohler or RESS will fit the bill. These premium cameras can be used to expand your services and move into Chimney Inspections and Surveys. A couple of years ago I attended the Guild’s combined CCTV and Integrity testing course which was very informative and helped progress my knowledge regarding CCTV inspections. I’d whole heartedly recommend doing it when the training courses are back up and running.

Since this article was published, Thomas has moved on to a new career in Business Development. He has not left the sweeping world completely though as his wife Katie has absorbed his client base into her busy sweeping business. No doubt he will be assisting behind the scenes. Thomas has been a great asset and a true friend to the Guild and we wish him all the very best for the future. 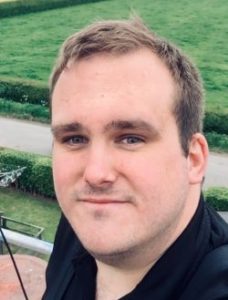