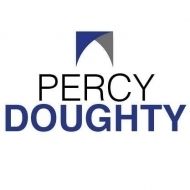 The Guild members will elect a new board director at the next AGM on 29th February 2020. The process of nominating, voting and electing board members is very important. In order to increase the voice of members and further democratize the Guild we have introduced some changes to the nomination, voting and election process. Please see the details below.

The deadline for someone to put themselves forward as a candidate for the position of board director is Friday 10th January 2020. Please see the nomination process below if you wish to put yourself forward. Members will then receive a list of candidates and their candidate profile. You will also receive a postal ballot paper for the election of a Guild director and a separate postal ballot paper for two proposed changes to the Guild company Articles of Association.

We will include all your voting guidance and instructions with the candidate profiles and postal ballot papers. The deadline for returning your postal vote/s will be Monday 24th February.

The position of Guild director does not carry any specific remuneration package however, financial compensation is made for time spent on Guild business. The successful candidate will be expected to attend board meetings (usually conducted via video software every 4 weeks). Candidates should be experienced within the chimney sweeping industry and have a good understanding of the needs of individual sweeps and a good general appreciation of the needs of the industry. They will work closely with other board members in the promotion of Guild members and the professional chimney sweeping industry. They will explain in their submitted profile how they feel their personal qualities, qualifications and experience can benefit the Guild and its members.

If you are considering putting yourself forward, please feel free to contact any current board director to discuss your questions. The deadline for application is Friday 10th January 2020.

The Guild is holding the next AGM at 3.30 pm on Saturday 29th February 2020 at Chesford Grange Hotel, Kenilworth, Warwick, CV8 2LD, where a vote will take place.

The Guild have recently reviewed the voting procedures open to members which currently only permits voting by a show of hands at the AGM. It has been decided in order to make the Guild more accessible to its members and to ensure fairer voting and election procedures, the Guild will now also permit postal votes to be accepted as well as votes in person at the AGM. This will further allow all members a convenient and adequate opportunity to vote.

This change will be implemented to allow postal votes to be considered for the election at the upcoming AGM. This guide will explain how to make nominations (put yourself forward), and how to vote either at the AGM or by post and how elections will be conducted.

Going forward, the voting procedure stated here will also be followed where voting must take place in order to pass important decisions by way of either an ordinary or special resolution. When a resolution must be passed to decide an important matter, the Guild permits postal voting to be used to allow members to cast their vote.

Where appropriate the Guild will publicise various procedures and voting rights and results on the Guild website. Please refer to the website regularly for updates.

1. Please be aware that all roles are for a four-year term;
2. Nominations for a position at the Guild must be made in writing and sent either by e-mail or post and sent to David Wooffindin at 14 Westbourne Grove, Wilthorpe, Barnsley, S75 1AE
or email to info@guildofmasterchimneysweeps.co.uk
3. Any member can put themselves forward to be nominated for any number of roles;
4. Any member who wishes to nominate themselves for an available role should do so in writing. Applications must be received no later than Friday 10th January 2020;
5. Any nominations received after this date will not be considered;
6. Any candidate making a nomination must send in at the same time their candidate profile;
7. The nomination form and candidate profiles will be circulated to all members to help members decide who is the appropriate person for each role;
8. A nomination form must be completed with the following information:
a) the full name, residential address, contact details and membership number of the candidate;
b) the position or positions for which the candidate is applying;
c) the candidate’s written consent to the nomination and their consent to their details being circulated to third parties in compliance with General Data Protection Regulation (GDPR).
9. Candidate profiles must explain the candidates background and why they should be elected for the role. It would be helpful for a candidate to note their strengths and draw on experience they have which makes them the appropriate candidate for the role;
10. After the closing date for nominations which is 10th January 2020 the Guild will circulate the nominations and candidate profiles they have received, to all members. This information will be circulated by way of post and e-mail;
11. If it is considered that any information provided by a candidate is not appropriate; is false or misleading, the Guild may, take action to omit or rectify the information as the case requires.
12. If only one candidate is nominated for any role, then that candidate will be elected to the position without the need for a vote.

VOTING & ELECTION PROCEDURES AT THE AGM

1. After the closing date to receive postal votes which is 24th February 2020 but before the AGM the Guild will, on one occasion, open, count and allocate all postal vote ballot papers received, to the appropriate candidate whom has been voted for. These votes will be kept secret until after the vote has taken place at the AGM;
2. Members can vote in the election by postal vote or in person at the AGM;
3. At the AGM the Chairman will open the floor for the voting to begin;
4. If the vote concerns the election of a position on the Board, the Chairman will call out the name of each candidate in turn. After each name is read out a vote by a show of hands will be taken to count how many votes each candidate receives;
5. At the AGM the Secretary will record each number of votes a candidate receives;
6. Once all the voting is completed the postal and AGM votes will be counted in the presence of the Chairman and Secretary and allocated to the appropriate candidate;
7. The Chairman will then declare which candidate has received the greatest number of votes for each role and who has been elected to each role;
8. After the election the Guild will make available and public the number of votes each candidate received in the election and the total number of votes cast.