Prizes galore for sweeps at the Guild Charity Raffle! 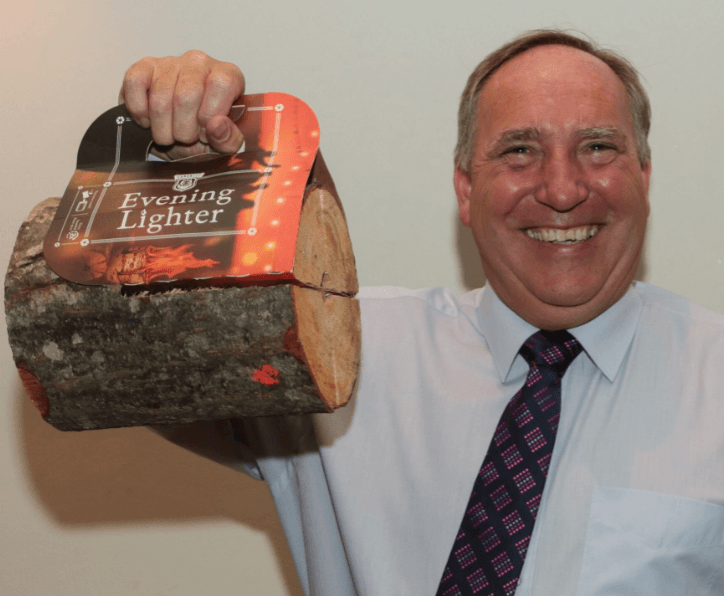 Actress and lawyer Olivia Murray of CO Gas Safety received the cheque from the charity raffle last year from David Wooffindin, the Guild’s educational director. Olivia stayed at a friend’s house, as a teenager, and needed urgent medical treatment when she suffered CO poisoning as a result of a faulty boiler.

ALL we can say is that there were a whopping 19 prizes kindly donated at last year’s event. A big thank you to the companies and individuals who donate, you all help make a big difference.

“We really want to thank those folk and companies who’ve donated prizes for the Guild charity raffle,” said David Wooffindin, Guild educational director. “Highlighting the dangers of carbon monoxide is a key concern for both the Guild and our members.

“We are delighted to support the CO-Gas Safety charity again, which works so hard to campaign on the issues of CO and the need to educate the wider public sphere about the risks involved. We know that regular chimney sweeping and professional advice helps to prevent CO poisoning from woodburning stoves and open fires.

“Tickets are on sale at the Guild stand throughout the show and we’re looking forward to having lots of fun at the raffle draw.”

Do you fancy WINNING A STOVE?  Two of our best known companies have excelled themselves this year. Woodwarm Stoves have donated a fantastic PHOENIX FIREGEM and Stove Industry Supplies have donated a beautiful HAMER HD5. Chimney sweeps already hold both these companies in high regard, now they have earned a reputation for outstanding generosity too.

CO-Gas Safety is an independent registered charity, which works to reduce accidents from CO poisoning and other gas dangers, and it also supports victims. The charity, staffed almost entirely by volunteers and reliant upon donations, lobbies for changes, which would achieve that aim.

Stephanie Trotter, OBE, President & Director of CO-Gas Safety, said: “CO-Gas Safety thanks the Guild and its members for its fantastic support, which is hugely appreciated. Working together has brought many benefits, particularly this year, the CO Protocol – Advice and Guidelines for Sweeps.  [This will help consumers with proof if  they have been poisoned.]

“It is so good to work with an organisation that wants to improve safety and help for its customers. We ask all members to get in touch with us with their stories or queries. We’d love to hear from you.”