Sascha hangs up his brush 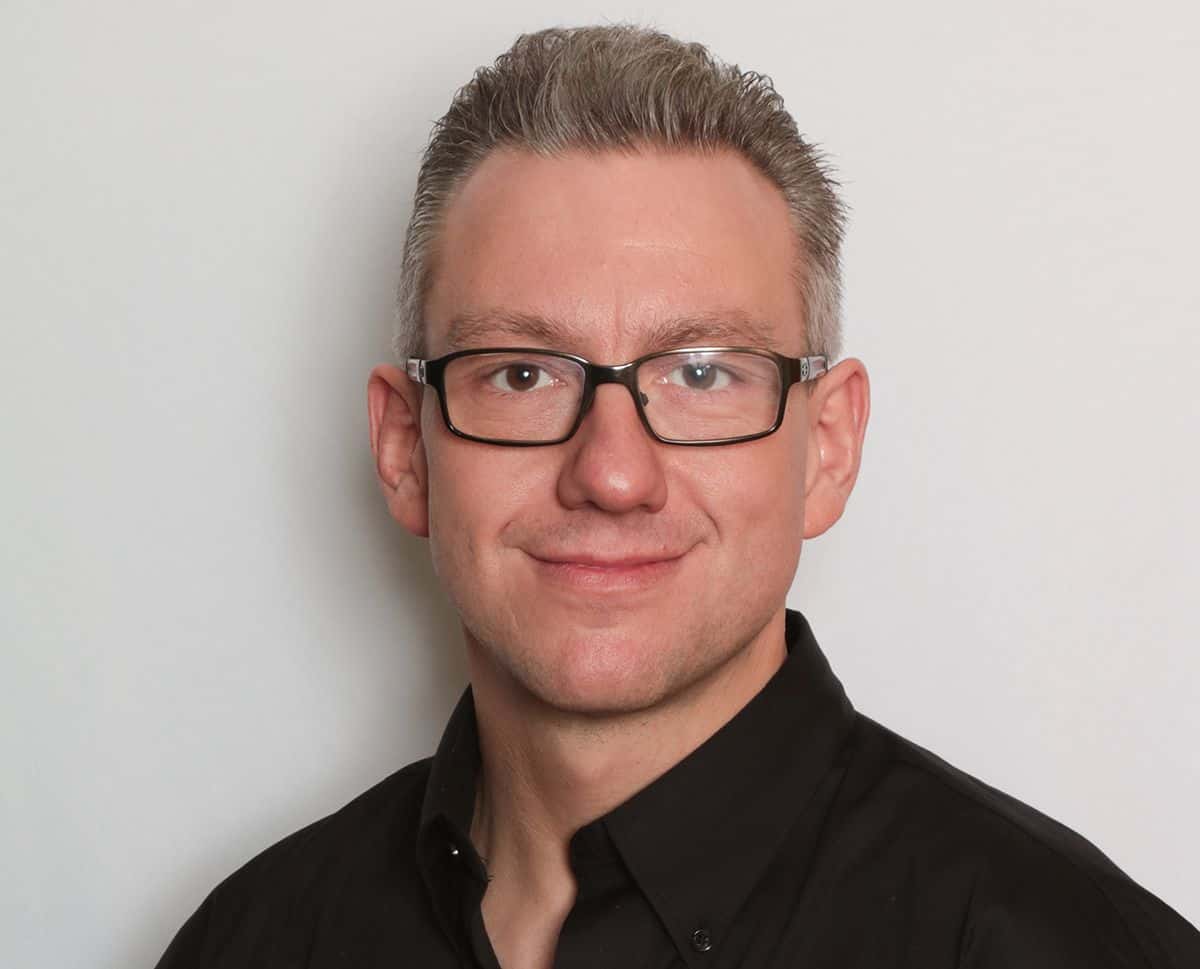 Sascha Meding is hanging up his brush to become the future CEO with the European steel chimney manufacturer, Eka.

He’s been a well known and well liked member Guild of Master Chimney Sweeps for over 15 years and served as Vice Chairman since 2009.

German national Sascha, aged 41, was schooled in London, before beginning his chimney sweeping career in Germany 27 years ago.
Sascha said: “I am leaving the UK because I received a top management job offer which I could not refuse – training to be the CEO of Eka Steel Chimneys, a major manufacturer with a turnover of around £40 million. I’ve sold my house and business and the whole family will move to Kulmbach in Bavaria in October. This now includes our lovely new baby, Charlotte.”

Sascha’s sweeping career started with a full time three-year apprenticeship in Schweinfurt, Bavaria. He went on to qualify as an eager sweep in Mühlbach, Bavaria in 1998, before spending a year fulfilling his National Service with the German airforce. He was keen to progress in the trade and after two further years study, gained his Master’s Degree in 2003. Sascha worked in Stuttgart, keeping residents safe and helping them use their fires and fuels efficiently. It was around this time that his now-wife Claudia lit a new fire in his heart and the rest is history.

Always a hard worker, he still managed to attend night school and complete an engineering degree, specialising in oil fired heating systems. Sascha said:”Qualifications in our industry are very important and I could not have got this far without them. It’s important to always be learning, I have even recently completed the chimney sweeping NVQ qualification in the UK.”

In the early 2000’s Sascha had an idea that there might be a good opportunity to set up a successful business in the UK. “I had several phone calls speaking to Martin Glynn, chairman of NACS, and Bob Russell the Guild chairman at that time. Eventually Bob invited me to visit him at his home in Norwich. He took me out sweeping and showed me the ins and outs of a professional chimney sweeping company in the UK.”
By September 2005 he found himself in East Molesey, London. “I had a van, all the tools and £10,000 of advertising paid-for! I remember two days sitting in my tiny flat waiting for the phone to ring. Eventually it did and a customer booked me to remove a pigeon from a flue.
“After that the work really picked up and I was being recommended everywhere. Ten months later Claudia followed me to take control of the office. There just wasn’t enough time for me to do it all.”

Sascha quickly became involved with Guild business and this ultimately led to the Guild representing the UK sweeping industry at an international level with the European Federation of Chimney Sweeps (ESCHFOE). He organised a trip for the members to visit a chimney sweeping school in Mühlbach in 2007. “I didn’t know at the time that this would be such a milestone. After this visit, the Guild really stepped up and with the new learning, it progressed rapidly. We wanted to become the best and most innovative chimney sweeping organisation. Our training was improved and the whole operation became more professional. We all worked hard to create a very co-operative organisation.”

He started Stova Chimney Services in 2009 to cover all aspects of chimney and installation work, ultimately employing a team of 15 people.

Sascha said that he couldn’t pinpoint a single highlight from his time with the Guild – “there were so many!”
“Without the Guild I would not have come back to the UK from Germany. Being part of the Guild has been one good experience after another. We began with 17 members and now it is 450. There have been so many highlights but the most positive thing is all the friends I’ve made and the great people I’ve met.”

Sascha believes the UK chimney sweeping industry has become more professional and more customer focused than ever. “It used to be about just sweeping chimneys but now there’s an expectation about safety checks and working to reduce risk factors. High standards of training are essential and the Guild offers the best there is. The more recent role of sweeps delivering consumer information to reduce air pollution is vital and sweeps need to understand how important they are.” He predicted that there would be ‘no change in the short term’ for the sweeping industry.

Sascha added: “I want to thank all the Guild members for their friendship over the years. I wish you all well for the future, you are a unique group and together you can achieve whatever you want.”

Best wishes, Sascha Meding
Ps. See you all at the AGM in February 2020.

On behalf of the Guild board and all the members I’d like to sincerely thank Sascha for all he has done for chimney sweeping in the UK. For me, it was the members trip that he organised to the sweeping school in Mulbach in 2007 that really opened my eyes. The Guild changed radically from this point. It led us to the first organised training programme and manuals and it underpinned the culture that makes the Guild what it is now. Literally hundreds of sweeps have built excellent professional businesses on the back of this training and culture, giving enormous benefit to their customers. It doesn’t stop there of course, much of what the Guild has achieved is reproduced elsewhere and most of our information is freely shared. Many sweeps and their customers have benefited from Sascha’s input whether they realise it or not. Many thanks also to Sascha’s wife Claudia who gave many hours work for free at many trade shows.

I feel very proud to have worked with Sascha for so long and always appreciated his diplomatic approach to challenging situations. I sincerely hope to see him at our future annual meetings, after all, no matter what he does or where his work may take him, Sascha is a chimney sweep through and through.