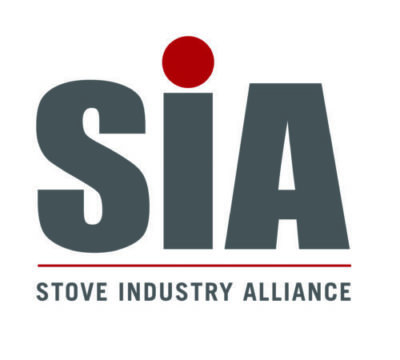 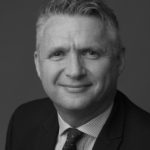 The Stove Industry Alliance (SIA) was formed in 2008 to promote the benefits of wood-burning stoves and biomass appliances. The SIA is an association of stove manufacturers, distributors, and retailers, wood fuel suppliers, flue and glass manufacturers and test approval bodies.

Andy Hill was appointed as chair of the SIA in September 2021, taking over the role from Morley Sage. Andy has a background in commercial waste management in the alternative fuels industry. This involves work within a highly regulated environment, which he feels will serve the SIA well when driving forward the aims of the industry.

Andy is a busy man; I spoke with him as he travelled from one appointment to the next. He explained a little about the SIA, saying that he’d inherited a strong organisation and taken over at an interesting time for the industry. He acknowledged the sterling work of departing Chair Morley Sage. He also had praise for his current colleagues Erica Malkin (communications) and James Verlaque (technical) saying “It’s great to work with such talented people, we have an excellent team.”

Andy said that “Since the government focus on air quality issues, the SIA has successfully positioned itself as the voice of the stove industry.” This has certainly been evident to me having watched their strategy unfold over the last few years. Notably I see the quality of their consumer messages.

We spoke about the bad press that stoves have come in for in recent years. This largely started with the publication of the government ‘Clean Air Strategy’ in 2019, which claimed that 38% of fine particulate pollution was coming from domestic combustion. The figures were seized upon by the media and others who quite wrongly put the spotlight on wood burning stoves. Almost three years later and this 38% figure has been refuted as being categorically wrong! The latest research commissioned by Defra indicates that the original estimate for the amount of wood being used in UK stoves was overestimated by a whopping 200%. (Fact check these details on Defra’s latest research document – Burning in UK Homes and Gardens)

As a response to the negative press, Andy was keen to point out a few things: First is that the government does not want to ban stoves. They are however seeking a continuing improvement and are certainly after more independent research to support their use.

I asked about SIA research, Andy said; “Underpinning research with factual data is essential when engaging with governments.” He added, “There are some groups and individuals who just hate stoves and believe all wood burning is bad. They don’t want to listen to facts and research, no matter how independent it is, so it’s only by engaging with Defra and others that we can show the true picture and inform them with facts, not ill informed supposition”.

I suggested there were organisations within the sweeping industry whose members would be only too keen to assist with independent research, adding that with a bit of creativity, valuable or even unique information from sweeps or their customers might be obtained at low cost (independent well-designed research and surveys are not usually cheap). Andy commented that “We’re a small but proud industry with distinct parts. There’s plenty to shout about and collaborating on resources and ideas could be really beneficial.”

He went on to say that when it comes to stove manufacturers, the industry is in a state of evolution, not revolution, meaning that the stoves themselves are evolving to be more efficient and less polluting. Things are never perfect of course, but this evolution will continue. At this point I asked about his thoughts on the new clearSkies quality mark for new stoves. He told me, “With Ecodesign regulations for solid fuel space heating appliances becoming law on 1st January 2022, it was vital that the industry had a way of demonstrating its ability to continually improve products beyond the minimum requirements of Ecodesign This is precisely what the clearSkies scheme does. The SIA fully supports clearSkies and encourages its own members and the wider industry to get behind the scheme, whether that be joining the scheme as a manufacturer or recommending clearSkies certified appliances as a retailer or installer.”  (Or perhaps even a chimney sweep Andy, ed.)

So, what of the future? We talked about the role of stoves and wood fuel in the move toward net-zero carbon ñ e.g. tens of millions of trees are being planted in the UK now, and over the next few years ñ they’ll all need managing. We agreed that when it comes to energy security, few things are more straightforward than a good stove, especially as a supplementary heat source, and you don’t need an electricity supply to run it (the recent extensive power outages due to bad weather have clearly highlighted this point). Then there’s the wellbeing factor (so many people just love a fire). I told Andy of the constant comments from sweeps customers about how their fire had really cheered them up during recent lockdowns – he wasn’t at all surprised.

In concluding, Andy underlined his obvious optimism saying that better stoves, increased consumer awareness on fuel and appliance use and further meaningful research data were the clear way forward. I ventured that perhaps the SIA might build closer relationships with professional sweeps, particularly given their unique role as the primary contact for inspection, maintenance and consumer advice. I’m sure he’ll have a think about that.

The MYTH – 38% of particulate air pollution does NOT come from woodburing stoves, the real figure is less than ONE THIRD of this. See the video below from 10.32 mins for a simple explanation. Fact check all the claims on the Government Defra research document here: Burning in UK Homes and Gardens